One week ago I was in Chennai at the airport about to board a plane to Vietnam. It was nearly midnight and I was a bit hungry. I lapped the small international terminal with Hari Dasi determined to find something small to eat and relieve myself of the half kg of small rupee coins I had collected over the last four months. There weren’t many options so we settled on some samosas and a veggie sandwich asking “No Heat” to avoid the microwave. Eight hours later we were in Malaysia transferring, it was breakfast time and we had a few pastries and some hot tea. About six more hours passed and we were walking down the street in Ho Chi Minh City stopping at a vegetarian restaurant for Pho Che, showering and getting a massage before having some sour soup and heading out on a overnight bus to Dalat. 30 Hours of traveling with many meals and we arrived at the Vietnam Ashram, at last!

A white lotus blooming in India the day we left.

By noon I was getting a tour of the new kitchen and I knew something in the last two days of travel had not sat well in my body. Fortunately after several years of traveling abroad I had never had the pleasure of getting food poisoning, but suddenly I was done. I slept for two days, unable to even drink water as it was too painful. But it was cool and quiet in Dalat so the days passed fairly peacefully. During the second day of leaving my bed only long enough to run to the bathroom, I contemplated going to the doctor. “I should go” I told myself… “no tomorrow,” I replied, if it hasn’t gotten any better. I couldn’t really talk or open my eyes, but there was some level of detachment that kept me from being too mad at the situation. This will pass I told myself, sickness always does. But I felt like I was going to die, I rolled over in my bed and fell asleep. In this case sleep was evidence of God’s grace.

I woke back up hoping for another day but it was only two hours later, my stomach twisted and I rolled over onto my other side. Suddenly in a break from the pain I recalled dozens of frustrating moments in rapid succession from the previous week in India. The cab driver ripping me off, the food that didn’t match the menu description, arguments over the design of our new yoga pants and more all breezed by; and in the wake of my current suffering all seemed irrelevant. Their burden vaporized instantly. Ah what a relief, none of that mattered and I knew deep down it didn’t. It was a beautiful release. And as I turned back over in bed with a groan I asked myself, can I remember that all those little things don’t matter later when I am not sick!?

Another day cycled and the teacher training in Vietnam began. I was able to get out of bed and ate a few spoonfuls of plain white rice, ah yes, this was progress. At least for the first several days I didn’t have to teach much or cook, so I had plenty of time to recover.

The first satsang I was able to attend will remain a bit blurry but it was the student and teacher introductions. One of the staff, a very sweet Japanese woman, introduced herself and said, “I like yoga life, so it is easy for me to stay here.” She had been staff for most of the last three years, joining almost the same time as me. She of course was talking about the schedule and ashram lifestyle but it stuck in my mind in a funny way. Huh, I wondered, if this is yoga life, what am I doing?

In my time at the ashram there had been a great ongoing conversation between the staff and between staff and guests about life in and out of the ashram. Sometime after my first year of Ashram life a guest asked me what it was like to live there long term. I told her, “It’s just like living out in the world, except here everyone is trying to consciously grow.”

Every day we were constantly in a circumstance that forced us to remember to reject the false sense of self in the search for our True Nature; our abiding inner peace. Sometimes this was nice and sometimes it was a painful process, but we were always forced to try living in the Gurukula system.

But had I stopped trying since I left the ashram? Had I stopped leading a yoga life in the world beyond my teacher’s house?

So however far we fall into forgetting, the divine will help us to remember, but are we watching and waiting with open hearts for the cue? I had to get food poisoning to remember. I had forgotten the divine in my own moments of personal frustration. I had failed to see God in those moments, so God’s grace came to me in the form of my own suffering to remind me.

So, where does the practice happen? Everywhere we remember! Shine on and don’t forget the practice of remembering the divine presence in every moment. That is one of Yoga’s highest practices. 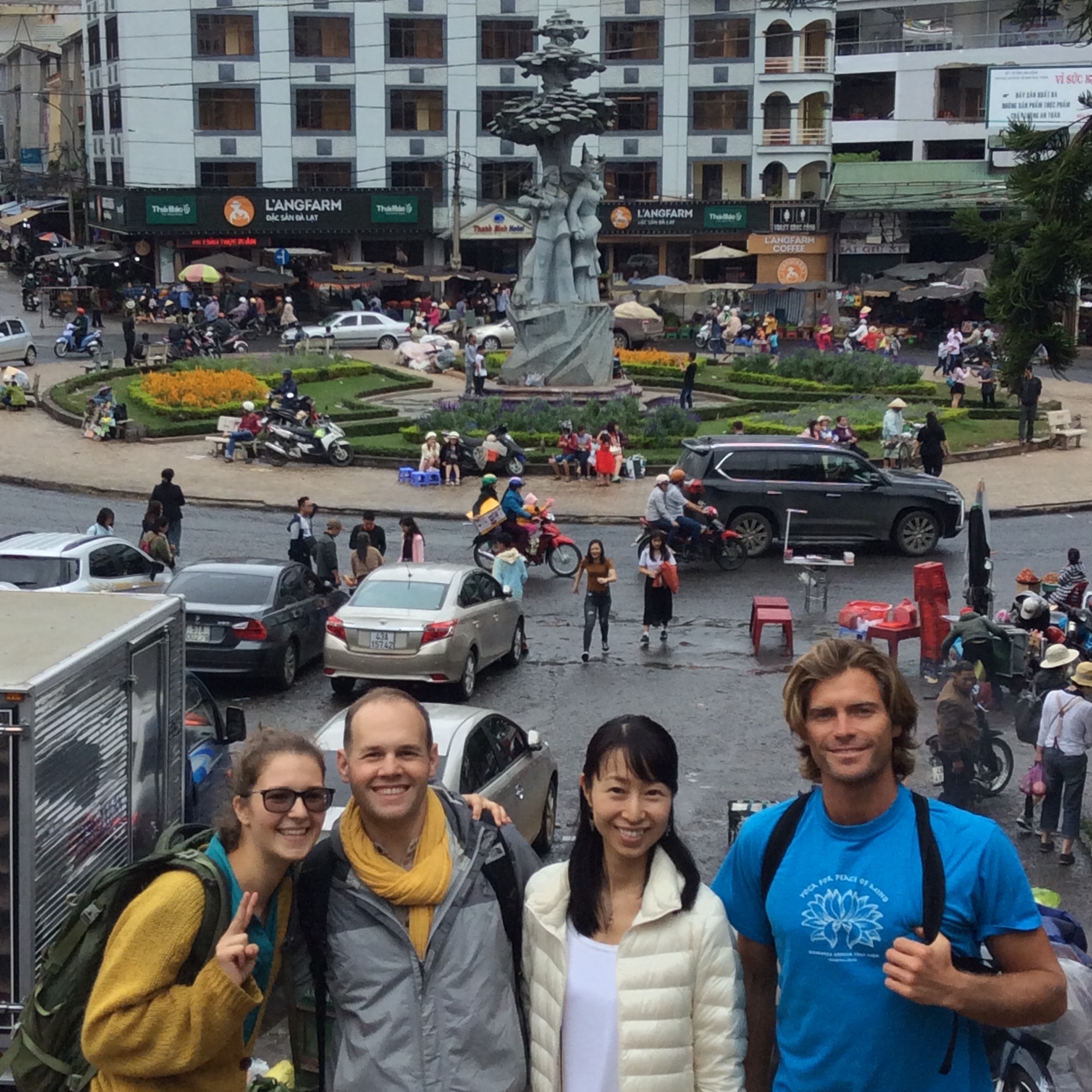