Here is a little bit about how all this information came into our lives. It’s important to acknowledge the lineage and the masters who have passed down this sacred knowledge. Otherwise, someone may think we were the ones who made it all up… 😉 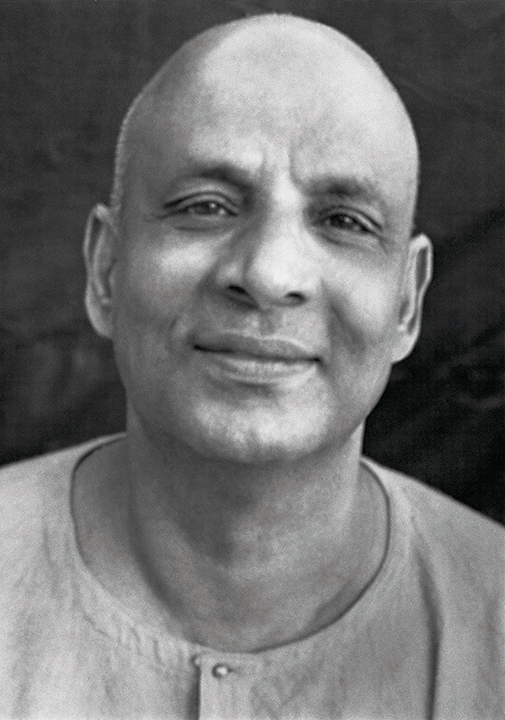 Swami Sivananda is considered one of India’s modern saints. Born is South India to a pious family, his predisposition to the spiritual path lead him to become a doctor, authoring his own medical journal and serving the poor and underprivileged workers of Malaysia’s rubber plantations. After years healing the physical body he realized that there was a deeper issue affecting people, a spiritual malady. Giving up the formal position of doctor he returned to South India and began a walking pilgrimage up the country finally reaching Rishikesh at the foothills of the Himalayas. Here he met his teacher and was initialed into the teachings of yoga.

Through his deep spiritual practice he inspired a following of spiritual seekers to grow up around him. He started the now “Sivananda Ashram Rishikesh” in a small cow dung shed he affectionately named Ananda Kutir, “The house of bliss”. He founded the Divine Life Society and the Yoga Vedanta Forest Academy to train spiritual aspirants on the path of yoga. He is widely recognized as one of the first Indian master to write in English, knowing that the world would soon need these ancient teachings that were typically reserved for Indian mystics living in seclusion, publishing over 300 books. Many of which are now available for free digital download on the divinelifesociety.org. He trained numerous disciples sending them all over the world to spread the teaching of yoga outside the boarders of India. Swami Sivananda’s pure heart, humility and compassion have brought countless millions into the path of Yoga his reach extending out far past his mortal presence on earth. 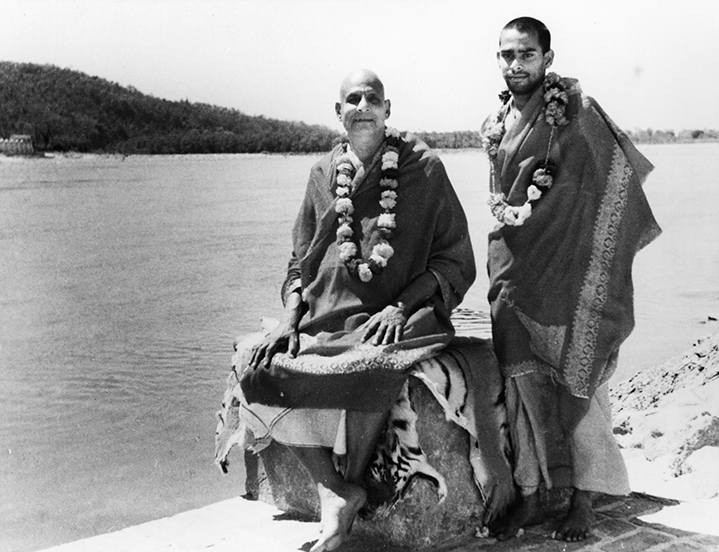 Swami Vishnudevananda is the founder of Sivananda Yoga. After studying with his teacher for nearly 10 years, Swami Sivananda gave him a 10 rupee note (about 15 cents by todays exchange) and said go to the west people are waiting. In 1957 he made his way across Asia, supporting himself by teaching yoga and the Guru’s Grace, finally landing in San Francisco, CA. From here he set out to find the “people” Swami Sivananda had instructed him to teach. With great devotion he learned how to drive in San Francisco and then set out across the country teaching yoga wherever he stopped. Finally ending up in New York where he hoped to establish a yoga center. When his application for citizenship was denied he moved to Canada where some students were able to help him establish citizenship. 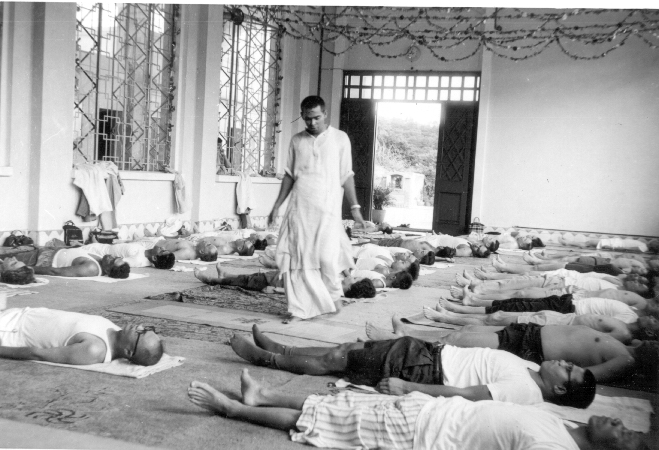 In Montreal he opened the first Sivananda Yoga Vedanta Center, named in dedication to his teacher. He spent several years moving between New York and Montreal Teaching. During this time he wrote his first book, The Complete Illustrated Book of Yoga completed in 1960. One of the premier books published in the west that outlined the practice of Hatha Yoga and Yoga Philopshy in a easily digestible format. He soon decided that he should learn to fly so he could teach more classes each day between the US and Cananda. Such was his commitment to bring yoga to the people.

In 1969 Swamiji had a vision of unifying the world and breaking down boarders through the teaching of yoga. That year he began the first Contemporary Yoga Teacher Training, to train students in Yoga as Peace Ambassadors to the world. This mission continues today in his ashrams around the world. Now having graduated over 35,000 teachers.

Taking his peace missionary work a step further he became the Flying Yogi. In 1971 he took his “Peace Plane” around the world flying over war zones, dropping flowers and leaflets instead of bombs, in the name of peace. The missions included flying over Belfast during the Irish Protestant war. Then flying on to Isreal where he landed before flying over the Suez Canal where Isreal and Egypt were at war. Entering Egyptian airspace, he was forced to land and promptly arrested. But because of his sincere pure heart, the Egyptain government took him on a tour of Cairo and then let him fly out of the country. He continued on to shower the Pakistan Indian boarder with his peace offerings. Then later in 1983 conducting a peace rally in West Berlin in protest of the wall, he completed his last aerial peace mission flying west to east Berlin safely landing in a farmers field. The farmer fearing for Swamiji’s life tried to help him escape, but Swamiji implored him to call the police so there would be proof of his mission. He was arrested, but again the authorities did not know what to do with a man who had such genuine love and quickly released him back over the boarder in time for his peace rally. He continued his peace missions throughout the world until his departure from the body in 1993. 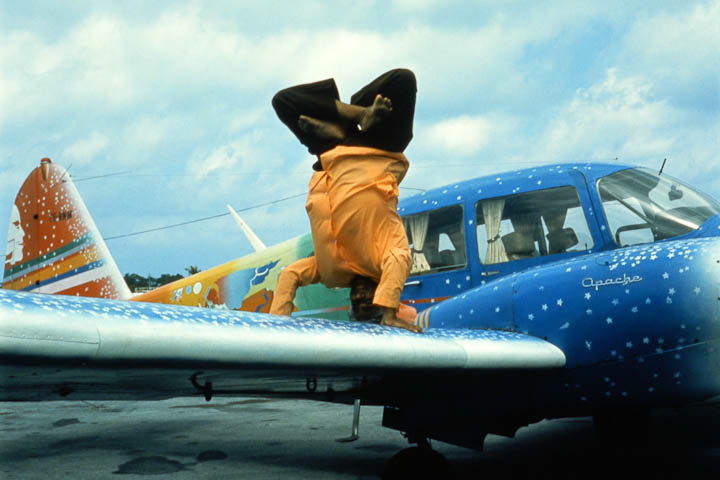 Swamiji in his favorite asana on the Peace Plane

Through Swamiji’s efforts there are Ashram and centers throughout the  U.S., Canada, South America, Islreal, Bahamas, Europe, India, Vietnam, China and Japan. His teaching of traditional yoga through the 5-Points and the 4-Paths continue to bring peace to students the world over. Find a center or ashram near you at Sivananda.org. We are eternally grateful for his teachings and the chance to share the practice with you.